If you wish to develop games for Windows 8, you’ll need to learn how to use Direct3D, HTML5 or a game engine that supports Windows 8 (like Unity or Construct2). Since XNA is not supported in Windows Store apps (and also since Microsoft has announced XNA will be discontinued), if you were using only XNA (like me) and you didn’t have enough time to learn the technologies I’ve listed, you may end up wondering how to create a game without you requiring to learn something entirely new.

If that is the case, you’ve found your easy solution. As long as the game is simple (don’t expect to put a physics engine or 3d models in there), we can use XAML’s features (like animations) and add the game logic to the codebehind files for a simple game.

It may not be something like Angry Birds, but I bet we could make something enjoyable.

In this article, we’ll make an example game called… Catch the Cage!, starring Nicolas Cage. 😛 It will be a classic game where you tap the ball on the screen to keep it from falling out of the screen. Here’s a screenshot to whet your appetite. 🙂 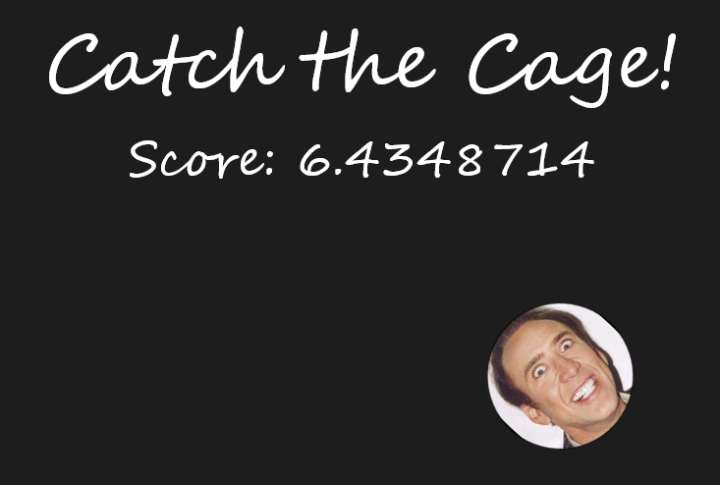