Microsoft Translator is available on Windows Azure Marketplace and is licensed monthly based on the number of characters sent to the translation service. However, it is free up to 2.000.000 characters each month, so we can just sign up and start using it for free. 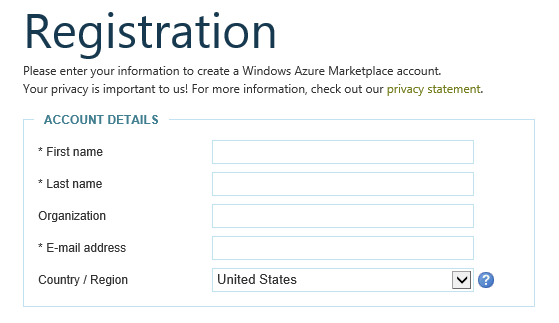 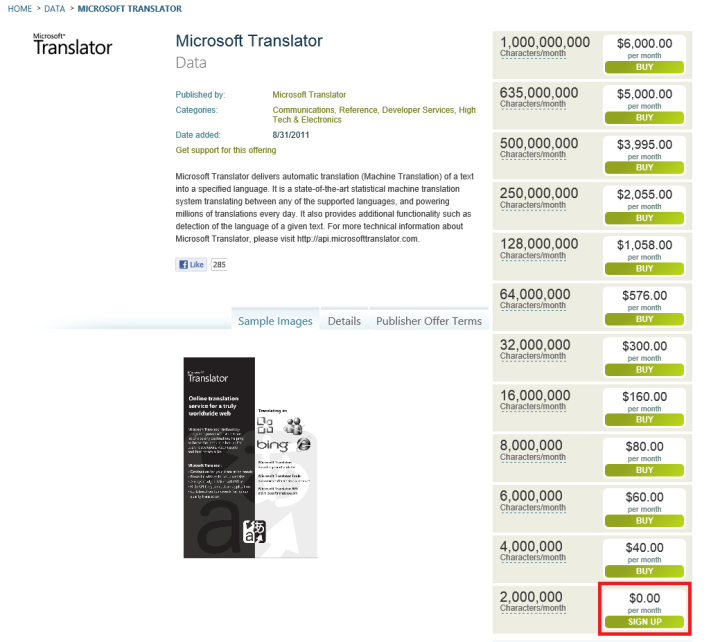